It’s Black History Month, a time in this country when we acknowledge the contributions that people of African descent have made to the United States and the world.

At the University of Montevallo we actually started our celebration of these accomplishments in January with a Martin Luther King Jr. breakfast, which featured an oration contest. In the contest students were asked to discuss how their generation could help to fulfill King’s famous dream. What did young people studying in post-racial Shelby County have to say?

It was a bit disheartening to hear that their arguments were very similar to those you might have heard 50 years ago during the height of the civil rights struggle. The winner of the contest was a white male who talked about how standing up for King’s dream of equality and freedom for all still often meant standing alone in his home town.

But this isn’t surprising, since we are plagued by the vestiges of institutionalized racism every day in the differences in rates of education, incarceration and poverty that fall along racial lines. For example, data from the last census indicates that while only 5 percent of white individuals in Shelby County live below poverty level, 18 percent of blacks do.

Because of this, I am always conflicted this time of year. One the one hand I always enjoy celebrating cultural diversity. On the other, I’m dismayed that in the 21st Century we still need something like Black History month. However, this year I’m tremendously hopeful.

As I listened to the articulate orators at the breakfast and witness the engagement of young people from all backgrounds in civic life, I saw them doing the only thing that will truly make us a society in which race doesn’t matter, working together as equals to solve the important problems of the day.

If only more of us old fogies can follow their lead, particularly those in Washington, maybe we really will live in a post-racial society one day. 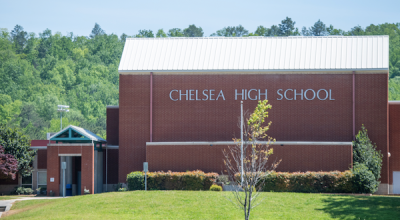