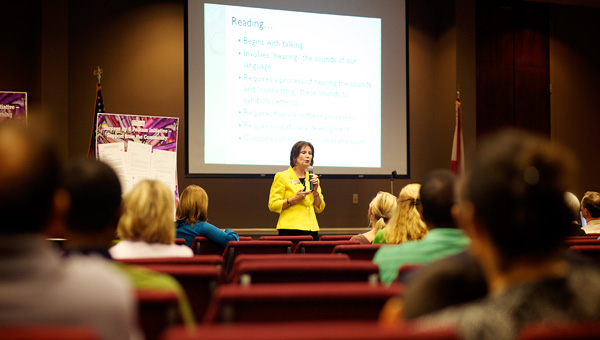 The majority of Pelham residents who spoke during an Aug. 23 hearing on a proposed tax dollar-funded preschool reading program said they were against the program during the city’s current economic status.

Of the 13 Pelham residents who spoke during the public comment portion of the hearing, which was held at the Pelham Civic Complex, 12 said they would be against the city funding the Success by 6 Pelham Initiative for the 2011 budget year.

“This is the wrong thing at the wrong time. It’s a dog and pony show built for companies to make money,” said Pelham resident Gary Kendrick. “It’s not a city problem. It’s a parental problem and a Shelby County education problem.”

The public comments came after Councilwoman Teresa Nichols and United Way of Central Alabama representative Trish Hoover explained the proposed Success by 6 program to the crowd.

If passed, Success by 6 would be a partnership between seven Pelham preschools, the Pelham Public Library, United Way, Valley Elementary School, the Linda Nolen Learning Center and the city.

Through the program, the preschools, Linda Nolen Learning Center and VES would focus on better preparing 4- and 5-year-olds to read before entering school. The program would eventually help raise reading levels throughout the city’s schools, would provide for health, vision and dental screenings for program participants and would offer a reading software package for all students through the schools and the library, Nichols said.

The first year of the program would cost $304,052, with $250,000 coming from the city, $5,000 from the Shelby County Department of Special Education Fund and $49,052 coming from fundraising efforts and public and private contributions.

“I want to support our parents by giving them the resources to support their children,” Nichols said. “If we don’t do it this year, we will have a whole group of children that miss out on this.

“This is an investment in the city of Pelham. This will encourage people to come live in Pelham,” she added.

Pelham resident Angel McPherson agreed with Nichols, saying the city will “end up paying later” if it doesn’t fund the program this year.

“I don’t think we need to push this aside as just some ridiculous program,” McPherson said.

However, many speakers, like Moseley Johnson, spoke against the project.

Resident Mildred Lanier, a teacher at Jefferson State Community College, agreed, saying the city should not give money to private businesses.

“I’m a teacher, and even I wouldn’t be in support of this at this time,” Lanier said. “These daycares are private businesses. They aren’t owned by the city. This, in my opinion, is not the time to do this.”

VES teacher Erin Whidden said the program would be flawed, because many students who enter school with reading problems often do not attend preschool.

“It’s my job to educate my (classes’) parents on what to teach their kids,” Whidden added. “I think we need to have some kind of parents education program.”

After the meeting, council members said they would take the public’s comments into consideration before voting on the matter during a regular City Council meeting.