Helena arson suspect turns herself in

HELENA — The alleged arsonist behind the fire that destroyed a Laurel Lakes home Aug. 8 has turned herself in to the Jefferson County Police. 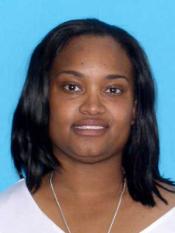 Durrough is charged with three counts of arson in the second degree.

Durrough, an independent insurance agent, was the tenant of 2005 Laurel Lakes Lane at the time of the fire.

Helena firefighters and police officers responded to the house fire Aug. 8 to find the home unoccupied.

“I would like to stress that this fire was not just a property crime, it endangered the lives of the firefighters and police officers who responded to the call as well as the residents who live near that address,” Carter said in a press release.

The fire caused a scrutiny of the city’s decision to discontinue the use of several part-time firefighters only days before, Carter said.

“I would like to assure the citizens of Helena that this house was fully involved before the fire was even reported,” Carter said. “The number of firefighters nor the response time had any bearing on the outcome of this fire. Thanks to firefighting professionals, the fire was contained to this single residence and no other property was damaged and no one was hurt.”