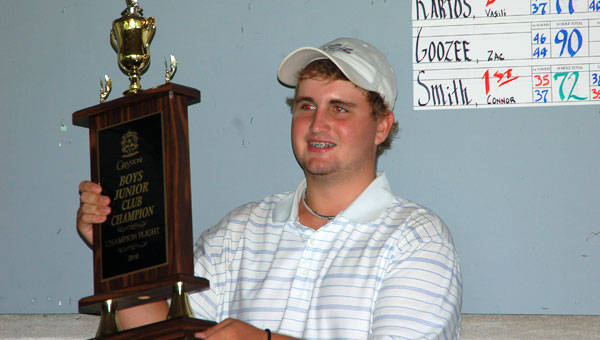 “Everything seemed to go my way,” Smith said. “I wanted really bad to shoot even par both days, but it started raining the last day and I just flubbed my shot to the green on 18 and ended up bogeying the hole.”

Another highlight during Smith’s play on the junior golf circuit this summer was his 3-under par 68 on  the last day of The Press Thornton Future Masters in Dothan to finish in the top 20.

Former Pelham High School volleyball star Whitney Billings is off to a fast start in her collegiate career at the... read more