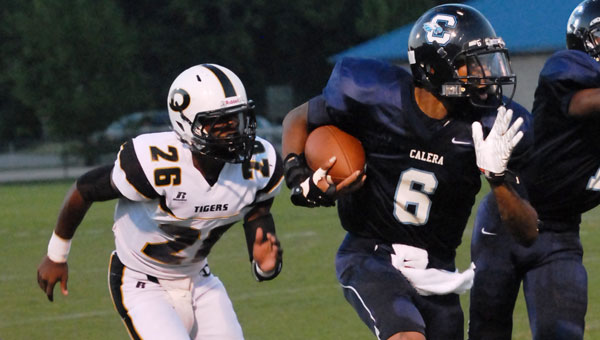 The Calera High School football team fell to Dadeville 24-12 in a Class 4A, Region 3 contest Sept. 10.

Eugene Rodgers scored the first touchdown for the Eagles following a 4-yard scoring run early in the first quarter to give Calera an early 6-0 lead.

Te’Darius King scored on a 2-yard run with less than a minute remaining in the second quarter.

Calera compiled more than 300 yards on total offense in the loss, including more than 200 rushing yards.

Thompson sophomore quarterback Trey Matherson is brought down by a Vestavia Hills defender in the Warriors' 28-13 loss to the... read more