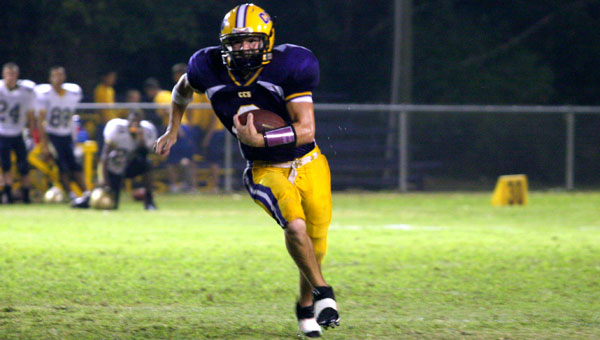 Cornerstone Christian School picked up its first win of the season Sept. 17 as the Chargers cruised past Lyman Ward, 40-15.

After leading only 13-7 at the half, the Chargers exploded in the second half with 27 unanswered points to finish off the victory.

Josh Anderson stood out in all three phases of the game to lead the Chargers to victory.

Offensively, Anderson racked up 157 yards rushing on the night.  On special teams, he returned a punt 51 yards for a touchdown. On defense, he totaled eight tackles.

Cornerstone improves to 1-3 overall on the season with the victory.

The Chargers look to record two wins in a row as they travel to Bessemer to take on Flint Hill Christian in a non-region game Sept. 24.