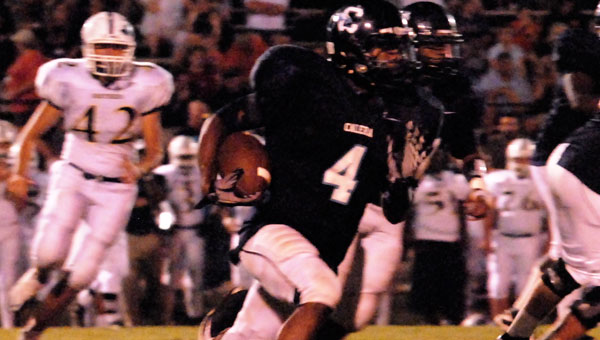 Eugene Rodgers rushed for two touchdowns and reeled in a touchdown reception to lead the Eagles, who dropped to 2-3 overall.

The Eagles went into the locker room with a 16-14 lead following a 12-yard touchdown run by Rodgers and Erick Tinajero’s 29-yard field goal in the second quarter.

Tony Elkins returned an interception 46 yards for a touchdown in the third quarter to extend the lead to 22-14 before Jemison took over in the second half.

Following 20 unanswered points by the Panthers, Rodgers scored his second rushing touchdown with a 9-yard scoring run in the fourth quarter.

Rodgers capped the scoring for the Eagles with his 16-yard touchdown reception from Zack Reneau.

Rodgers finished with 85 rushing yards and two touchdowns on 18 carries and caught nine passes for 73 yards and a touchdown.

Brandon Wells, who started the season at quarterback, finished with six carries for 65 yards and caught two passes for 27 yards while playing mainly at receiver.

Reneau completed 29-of-42 passes for 211 yards with a touchdown.

Nixon led the Calera defense with six tackles, including two tackles for a loss.