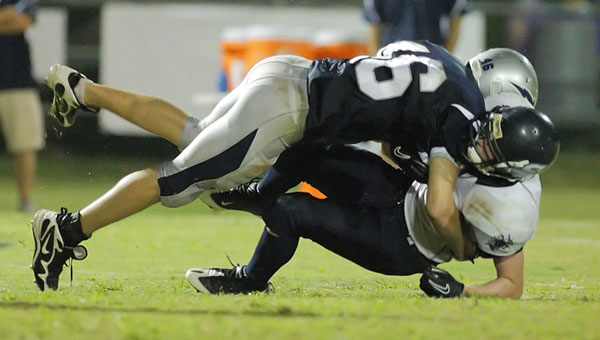 Hayden Brown rushed for two touchdowns and Josh Flanders added a third first-quarter rushing touchdown and the Lightning didn’t look back after taking a 21-0 lead following the first quarter.

Pete Sullivan returned the opening kickoff in the second half 70 yards for a touchdown to open the third quarter.

Clay O’Neal reeled in an 18-yard touchdown pass from Nate Scott to cap the scoring for the Lightning in the fourth quarter.

Bell converted 6-of-6 point-after attempts in addition to his field goal in the first half.

Flanders led the defensive effort for the Lightning with 11 solo tackles.

Shelby County falls on the road at Southside-Gadsden