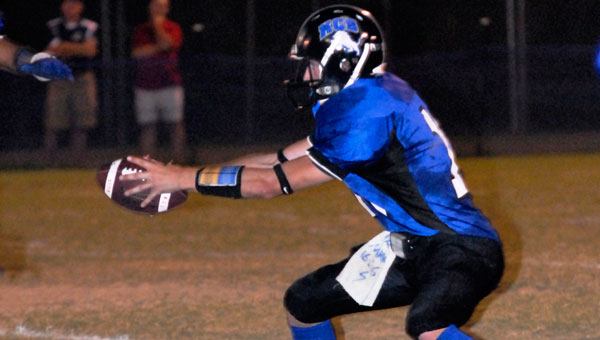 Peeples put together his best performance of the season as he recorded 11 tackels and two quarterback sacks on defense to help lead Kingwood to a 48-6 win over East Memorial.

“Terrence really stepped up,” Elliott said. “ He had a lot of family in the stands tonight and he wanted to do a good job. He really did his job.”

Jordan Myers returned an interception for a touchdown and Ben Littrell recorded a safety with a quarterback sack in the end zone.

Woody scored the first touchdown in the game with his 31-yard scoring run in the first quarter.

Woody threw a 23-yard scoring strike to Myers and scored on a 51-yard touchdown run in the second quarter in addition to the safety to give the Lions a 29-6 halftime lead.

Myers returned and interception 60 yards for a touchdown and Pope rushed for a 44-yard touchdown in the third quarter to extend the lead.

Sparks capped the scoring with his 23-yard touchdown run in the fourth quarter.

Myers caught four passes for 49 yards and a touchdown in addition to his interception.

Pope rushed for 109 yards and a touchdown on 12 carries. Dalton Sparks recorded four sacks and recovered a fumble.

“To take this team for 0-9 last year to even talk about the playoffs is something I didn’t even think was possible,” Elliott said.