HARPERSVILLE — The former money manager who parachuted into Harpersville in 2009 in an attempt to fake his own death was sentenced to 10 years in prison Oct. 7 for five felony counts of fraudulently selling securities.

The 10 years are to be served consecutively with the four years in federal prison he was sentenced to last year for intentionally crashing his own plane to fake his death, said Jeffrey Wehmueller, administrative chief deputy of the Hamilton County Prosecutor’s office. 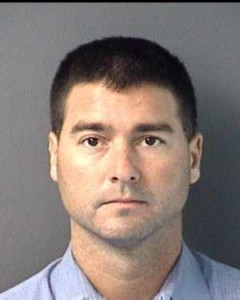 “He made a very contrite speech at the hearing,” Wehmueller said. “The question is ‘Did he really mean it?’ He said he was more concerned about getting out to pay back victims and to be with his children. My thought was ‘Where was that concern when he was hopping into an airplane to fake his own death?’”

Authorities believe he tried to fake his death to avoid mounting legal and personal troubles. Schrenker was accused of meticulously planning his escape in January 2009 by driving to Harpersville from Indiana to store a motorcycle and supplies at the U.S. 280 East Mini Warehouse. He then returned to Indiana to pilot his plane to Destin, Fla.

A Federal Aviation Administration spokesperson said Schrenker made a distress call to air traffic controllers in Georgia before putting his plane in autopilot and parachuting into Harpersville.

When the plane was found crashed in Florida, authorities began the search for Schrenker.

He was arrested in a campground near Tallahassee two days later with slit wrists from an alleged suicide attempt.

Schrenker is currently serving his time in the Indiana Department of Correction.

“He’s lived his life how he tried to fake it, as an abject failure,” Wehmueller said.