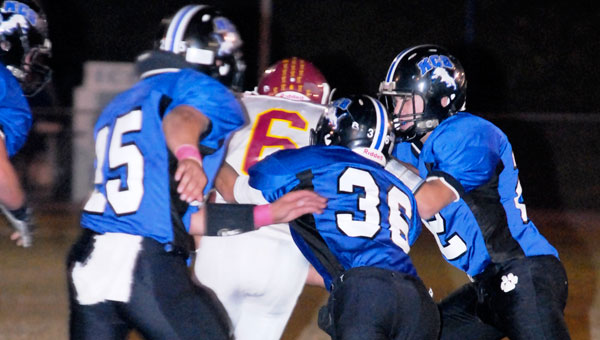 The loss sets up a win-or-go-home situation in the Lions’ final Region 2 game Oct. 22 against Tuscaloosa Academy as the Lions seek to claim the final playoff spot in the region.

Senior quarterback Kevin Woody scored the only touchdown in the loss to Morgan Academy. Woody scored on a 47-yard run with 10:51 remaining in the first quarter.

Morgan Academy scored a touchdown in each quarter to seal the win. Leading 14-6 in the third quarter, Morgan Academy blocked a punt and recovered it in the end zone to put the game out of reach.

Woody also completed 12-of-23 passes for 160 yards with two interceptions.

FROM STAFF REPORTS The Evangel Christian School football team was held scoreless for the first time this season in a... read more