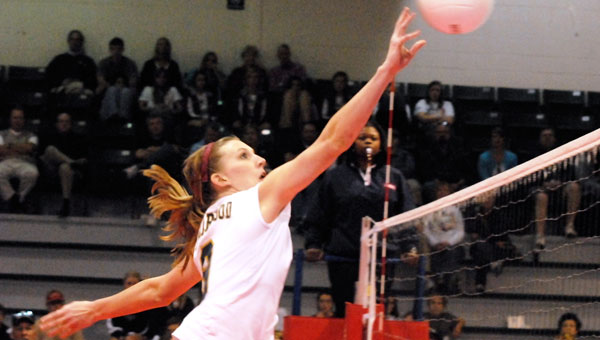 Unfortunately for Le and the Lions, his favorite to capture the Class 5A crown was St. Paul’s, the school Briarwood faced in the AHSAA Class 5A championship match Oct. 28 at the Pelham Civic Complex.

“We were outmatched,” Le said. “Really, it was out of our hands. We knew St. Paul’s would have to make mistakes for us to have a chance.”

Katie Briley, who was named to the AHSAA Class 5A All-Tournament team, added six kills and a dig. Kate Carter recorded three kills and two blocks.

St. Paul’s made few mistakes as it easily took the opening game. Briarwood made a 3-0 run, which included kills by Briley and Bracewell, to cut the lead to 21-17 late in the game before falling behind 2-0 in the match.

The Lions started the third and final game with a kill by Logan Nasworthy, but the momentum quickly turned in the direction of the tall St. Paul’s squad.

Briley said the Lions struggled with St. Paul’s height on the front row.

“They were taller and quicker,” Briley said. “They were confident and they were on today.”

Le, who led the Lions back to the Class 5A championship match in his first season as head coach, said Briarwood players left everything they had on the court.

“I thought we played well,” Le said. “I’m very proud of our players. I thought we did everything we could do.”