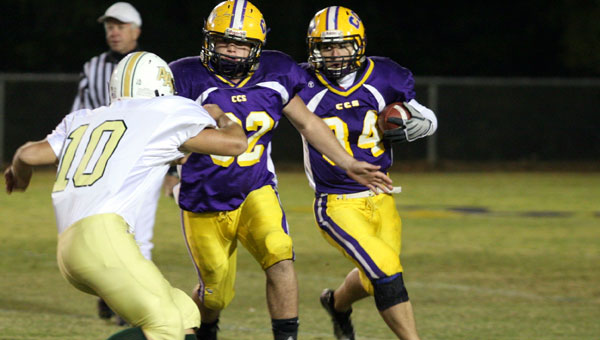 Smith has never witnessed a game like the one senior Josh Anderson had in the Chargers’ 69-33 win over Ashford Academy in their final game of the season Oct. 29.

Anderson finished with 497 all-purpose yards and six touchdowns in his final game as a Charger.

“I’ve never seen anything like it,” Smith said. “It was a great way to end the season.”

Anderson rushed for 308 yards and four touchdowns on only eight carries in the win.

Anderson also caught two passes for 80 yards and a touchdown, returned an interception 40 yards for a touchdown and returned two kickoffs for a total of 67 yards.

The senior running back paved the way for Cornerstone’s 793 total yards on offense, which also set a new school record.

The Chargers finished the season with a 5-5 record following an 0-3 start.

“We got better each week,” Smith said. “That’s all you can ask.”