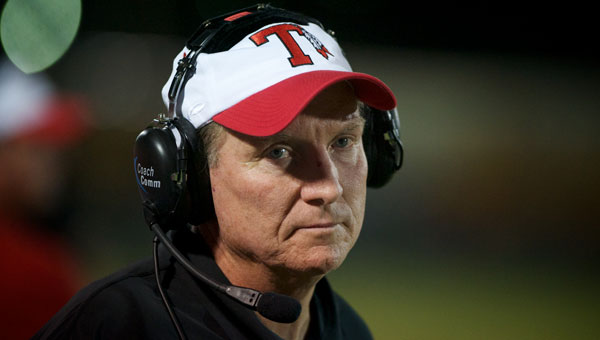 Hill, who served as an assistant under former Thompson coach Brian Maner, took over the program in late May and guided the Warriors to a 1-9 record in his only season at the helm.

“(Hill) came in under difficult circumstances taking the job late,” Thomas said. “I thought he did a great job rallying the troops. He just didn’t feel he was the right man to take the program forward.”

Hill, who didn’t return a phone call seeking comment, previously coached at Clay-Chalkville, where he led the Cougars to a region championship in 2004.

Thomas said the school will post the position on the Alabama High School Athletic Association website. Thomas said he hopes to line up potential candidates and conduct interviews in six weeks.

Thomas said the school may not have a teaching position open up before next June, but a coach will be in place in time for spring practice in May.

“We plan to have someone in place before spring practice,” Thomas said.