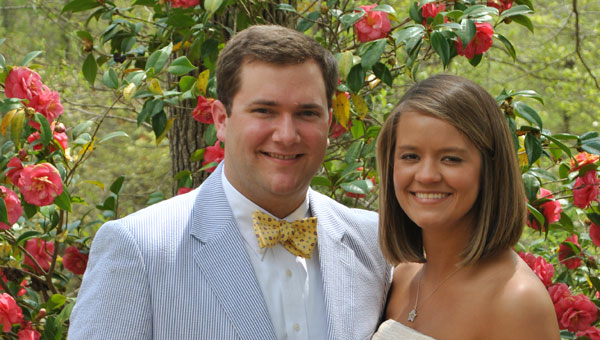 Mr. and Mrs. David Hampton Holcombe III, of Selma, are pleased to announce the engagement of their daughter, Lindsey Marie to Mr. James Robert Griffith, of Montgomery.

Lindsey is the granddaughter of Mr. and Mrs. Thomas J. Barrow, of Selma, and Mrs. Elizabeth Holcombe and the late David Hampton Holcombe Jr., of Chelsea. The bride-elect is a 2005 graduate of John T. Morgan Academy and a will graduate from Auburn University with a major in Spanish.

James is the son of the late Charles Broughton Griffith and Mr. and Mrs. Warren K. Morris, of Montgomery.  James is the grandson of Mrs. Mary Dean Griffith and the late Broughton Griffith, of Eclectic; Mr. and Mrs. James Morris, of Prattville, and Rev. and Mrs. Jim Dannelly,  of Montgomery. James is a graduate of Brewbaker Technology High School and a 2009 graduate of Auburn University where he majored in Business Administration-Supply Chain Management. James is currently employed with Caddell Construction Company.

The wedding is scheduled to take place December 4, 2010, in Montgomery.

While Shelby County is full of beautiful landscapes and nice neighborhoods, there are a few subdivisions dealing with roads that... read more