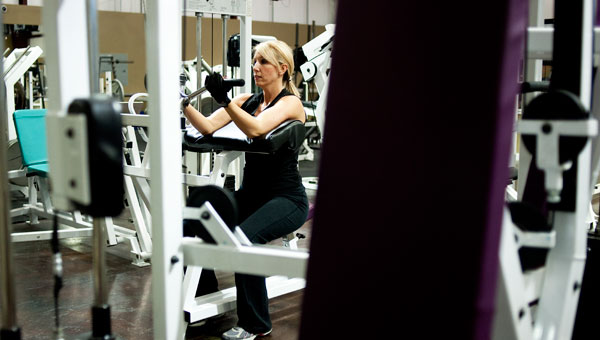 The Alabaster YMCA has seen explosive growth in the community since opening its new Family Branch off Alabama 119 in early October, said Executive Director Lane Vines.

The organization has registered more than 100 new members since opening the new facility in the former Body Shop near the intersection of Alabama 119 and Kent Dairy Road.

“It has been going really well so far. Our membership sales were up between 100 and 120 during the month of October,” said Vines, who held the new building’s ribbon-cutting ceremony Nov. 16. “We led the region in membership sales, for sure.” 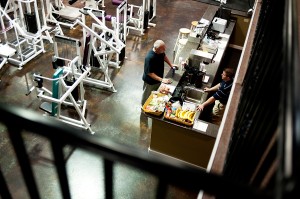 The new facility, which was added to the organization’s existing building in the Siluria community, serves as the YMCA’s Alabaster Family Branch. By adding the new building, YMCA was able to add several programs it was not equipped to offer in the Siluria building.

“Just the opportunity to offer the health and wellness programs in Alabaster has been amazing,” Vines said. “Our childcare and youth programs are still housed in the building near the Siluria mill.”

The new building is the YMCA’s first new facility in Alabaster in more than 42 years, and was the result of years of fundraising, Vines said. Since opening the building, the YMCA has also hired additional employees to “fill a few open positions,” Vines said.

Although the Siluria building was large enough to serve the community when it was constructed in 1968, Alabaster’s population growth over the years placed a strain on the small building, Vines said.

By adding a workout area and a sports field near the new building, the YMCA was able to greatly expand its youth and adult program offerings. The larger venue has allowed the YMCA to offer high-intensity group exercise classes, like Zumba dance, workout boot camp and spin classes.

“We do have new sports fields near the building we are using to expand our youth sports offerings,” Vines said. “And the Masonic lodge next door has been great. They have been great neighbors.”

Even though the new building has been open for little more than a month, Vines and other YMCA officials are already working on future plans for the site.

“We have gotten a lot of community support for what we call phase one of the plan,” Vines said.

Phase two of the YMCA’s master plan includes a new youth building near the family branch to replace the aging building in Siluria, and a larger pool to replace the smaller-than-regulation pool at the original building.

“We would like to be in our new youth building and using the new pool by June 2011,” Vines said. “We are under way in our capital campaign now.

“We are trying to raise between $1.2 and $1.5 million to fund the new building, and we would like to have 70 percent of that goal before we get started,” he added.

By adding a new, larger pool, the YMCA will be able to host swim teams and more aquatics programs.

“If you’ve been to the Siluria branch, you know that pool is pretty small,” Vines said. “We do have swim teams at the old pool, but it’s a little tough not having a regulation-sized pool.”

The third phase of the project will include an indoor gymnasium, an indoor pool and several other amenities. When the entire project is completed, the Alabaster YMCA facility will be between 30,000-40,000 square feet.

The final facility likely will be completed by 2013, Vines said.