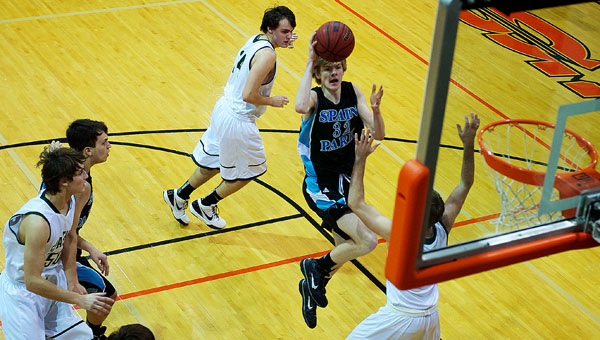 Floyd saw the Panthers’ potential in a 64-53 win over Bibb County in the third-place game Dec. 29 at the Champion Sports Medicine Shootout.

“It’s big for us to have two of our senior leaders back,” Floyd said. “It was a step in the right direction.”

Tanner Rice, who recently returned to the lineup, led Pelham (5-8) with 16 points on 7-of-11 field goals. Rice also grabbed a team-high 10 rebounds.

Pelham turned a two-point halftime lead into a 37-25 advantage after starting the third quarter with a 10-0 run. The Panthers held off Bibb County down the stretch.

Montevallo High School boys’ basketball coach Donald McMahon has been searching for a signature win since taking over the program in November 2009.

McMahon finally got it Dec. 29 following a 73-67 win over Childersburg in the fifth-place game of the Champion Sports Medicine Shootout.

McMahon said team chemistry helped the Bulldogs (4-7) win two out of three games in the tournament.

“The only difference has been team chemistry, both on the bench and on the floor,” McMahon said.

The Thompson High School boys’ basketball team fell to Vestavia Hills 44-32 in the opening round of the Metro tournament Dec. 29 at Homewood High School.

The Chelsea High School girls’ basketball team defeated Calera 63-43 in the opening round of the Hoops for Hope tournament Dec. 29.