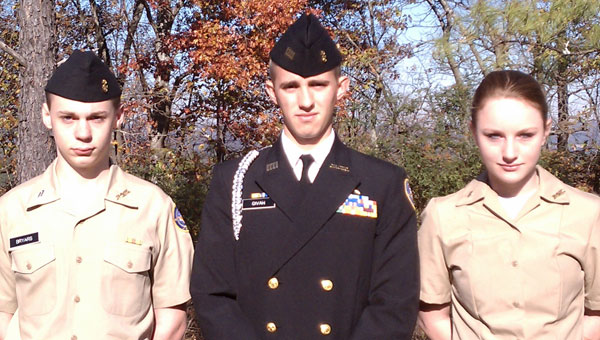 The art of letter writing is going the way of home telephones and paper checks. I knew this for sure when my students asked to see an example letter when they were writing letters in class.

“Open Will Givan’s letter,” Izzy Dixon said. Dixon is a creative writing student who is younger than Givan. She knows Givan through ROTC.

“Okay Izzy,” I said. “That’s a good choice. The last rec letter I wrote for Will was to the vice president.”

“The vice president of what?” another student asked.

“The vice president of the United States,” I said.

“Why are you writing a letter recommending Will to the vice president?” Dixon asked.

I told Dixon that Givan is seeking a military appointment and that he has made it to the vice-president’s short list.

My students liked Will’s letter. I wrote, “If Will were my surgeon, I would sleep peacefully the night before my operation. If Will were my pilot, I would fly without jitters. Should he ever be my commander-in-chief, I will load the nursing home van up with all of the clear-thinking elderly and persuade the attendant to take us to the polls when Will comes up for re-election.”

Writing about my students, I record what makes them most difficult to part with and I realize that my days with them are coming to an end. Each letter records my opportunity to observe students at their best. Recording those memories in letters is a gift not only that I give away, but also a gift that I receive.

“I like the last line of Will’s letter best,” Dixon said. I looked to see that line.

“William Daniel Givan is a keeper.” That’s the irony of recommendations. There are many keepers in the class of 2011, but this year — the year they thought would never come — is upon us. This is the year we let them go. Prepare for take off, class of 2011. Your year is here.