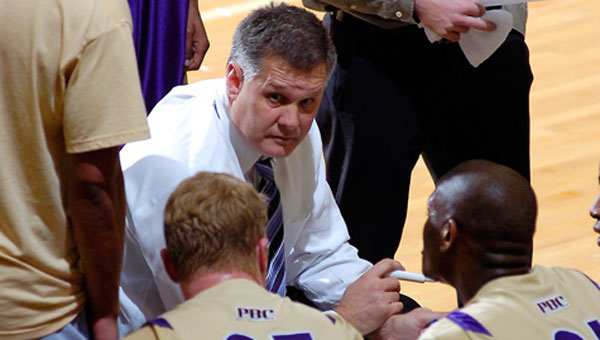 The University of Montevallo men’s basketball team placed seventh in the most recent NCAA Division II Southeast Region rankings, which would clinch the Falcons a berth in the NCAA Division II tournament if the season ended today.

The top eight teams from each region advance to the NCAA Division II tournament at the end of the season. The Falcons (15-8 overall, 8-6 in Peach Belt Conference) were ranked seventh in the region standings last season when they received a berth in the tournament and advanced to the NCAA Southeast Region final.

The number one team in the Southeast Region rankings is Lincoln Memorial University, which was 22-0 when the rankings came out. The Railsplitters lost Feb. 16 to Brevard College, which is just 11-11 on the season, and the defeat could shake up the next round of rankings.

Montevallo is currently tied for second in the Peach Belt Conference West Division. The top four teams in the West Division advance to the PBC tournament, with the top two teams earning a home game in the first round. Montevallo currently sits just two games behind first-place Georgia Southwestern State University with three games to play.

Montevallo’s final game will be against Columbus State on the road Feb. 26. Columbus State is currently fourth in the West Division and just one game back of second place.