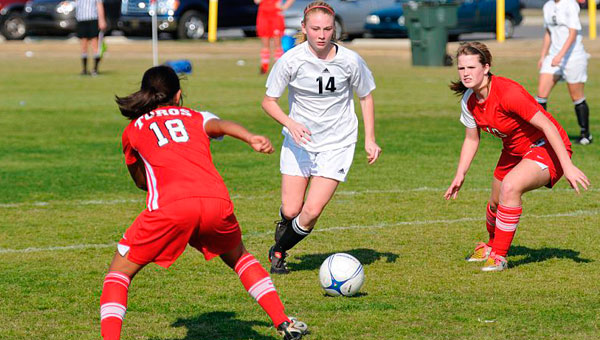 Tatum Harless and Madison Thomas scored one goal each in the victory. Thompson goalkeepers Sarah Allen and Kelsey Ferguson recorded one save each.

Thompson shut out Spanish Fort 4-0 in its final tournament match.

Thompson defeated Baker 4-0 and picked up a 2-0 win over Daphne on the first day of Southern Shootout action Feb. 18.