On March 13, 2011, Mae Crenshaw McDonald celebrated her 95th birthday surrounded by her family and friends at the First Baptist Church of Alabaster, where she has been a member for seven years.

Prior to moving to Alabaster, Mrs. Mac and her husband were members of several Birmingham-area churches, among others, 85th street, Berney Points, Woodland Avenue and West End Baptist. After West End Baptist closed, Mrs. Mac began an outreach program for former West End members. It is still active, meeting monthly at Princeton Towers since 1971.

“Ms. Mac” is the only surviving child of eight siblings born to Thomas and Roxie Crenshaw of Shelby County. She attended Four Mile School with a total enrollment of 35 pupils. They rode to school in a covered wagon, with five children on each side.

She married Bill McDonald in 1934 at Four Mile Baptist Church. “Mr. Bill” passed away in June 2004, just five weeks before they would have been married 70 years on July 29.

When you visit Ms. Mac, she proudly points out many framed photos of the family and her cross-stitching projects. She says her husband helped her by keeping her needles threaded. Her favorites are the BAMA baby boy and girl cheerleaders of the future. 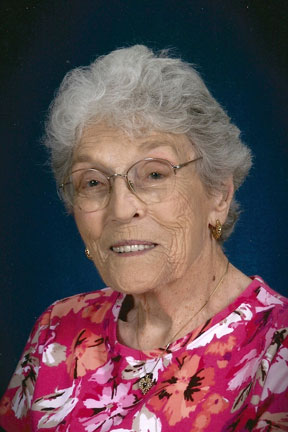 Some of Ms. Mac’s quotes are too good to miss:

“I get up in the morning, shower, dress, and I’m ready for whatever the Lord leads to.”

“I love to visit the kids in Atlanta, but I do like it better when they visit me.”

“We’re a Scrabble-playing family. When the kids are here, we play well past our bedtimes. Of course, I’m the champion!”

Her favorite charity is the Alabama Baptist Children’s Home.

She joined Weight Watchers in 1972. After losing down to her goal weight, she continued to attend. Her slogan was and is “I didn’t lose that weight. I gave it to them, and I don’t want it back.” She became a dedicated employee of Weight Watchers Inc. for 25 years. It must have made a lasting impression on her, as she has never been over her goal weight since.

A night out on the town eating crawfish and enjoying live music can help cure cancer with the upcoming Crawdaddies... read more