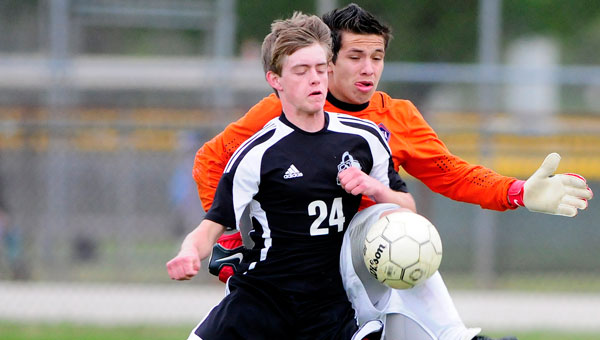 Following a scoreless first half, the Knights netted two goals in the second half to clinch the victory.

Garrett Smith scored the first goal for Westminster (5-3) when he beat Calera goalkeeper Jecsan Sanchez in the 59th minute to give the Knights a 1-0 lead.

Drew Parker capped the scoring for the Knights with his goal minutes later, which gave Westminster a 2-0 lead. Parker received a pass from Smith and fired a strike from 40 yards out, which sailed just over the top of Sanchez’s outstretched arms and into the back of the net.

Irvin Alverenga attempted to cut the the deficit to one goal with his shot on the goal in the final minutes of the contest. Alverenga fired a direct shot from 10 yards out, but Westminster goalkeeper Adam Gurley made a save on the attempt to keep Calera scoreless.

“I was very proud to have finished on top of a very good Calera team,” Sharp said. “I look forward to seeing what the future holds for this team.”