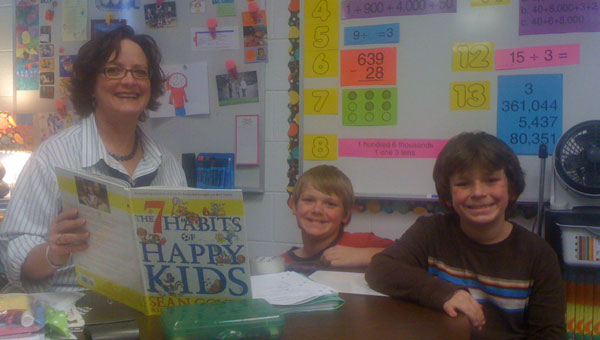 When Sharee Winslett and husband Clifton Winslett chose to move to Wilsonville in 1989, they had no idea they had such connections to the area.

“After moving to Wilsonville, we discovered that my mother-in-law, Lois Wood Winslett, was raised on the next farm down the road and learned to drive in the field behind our home. My father-in-law lived in Talladega County and met Lois because he ran the Old Lokey Ferry,” Sharee said.

Sharee was raised in a suburb of Chicago until her junior year of high school when her family moved to Talladega County.

At Samford University, she received her bachelor’s and master’s degrees in early childhood and elementary education.

“While in school, I married Clifton Winslett. After graduation from college, we moved to Louisville, Ky., and lived there five years while my husband attended seminary,” she said.

Some of their greatest pleasures of living in Wilsonville now are taking strolls down Old Lokey Ferry Road, enjoying the sod farm, cows, lake and beautiful trees.

Their current home is built on Old Lokey Ferry Road, and Clifton built it after their original home in Wilsonville was destroyed by a tornado while they were still inside it in 1990.

“We escaped with no injuries other than Clifton required stitches above his eye. We were blessed when our neighbors, most of whom had damages to their own homes, all pitched in the day after the storm to try to gather up the possessions that we could salvage from the destruction,” the Winsletts said.

“This year will be my 21st year at Vincent Elementary, where I have taught kindergarten, second and third grades. One neat thing about teaching in one school for so long is now I am teaching my former students’ children,” she said.

Blake McBee, owner of exotic animals in the “Wilsonville Zoo,” offers a zebra ride to a youngster. (Contributed) By KENNEDY... read more