Darryl and Pam Lee of Montevallo are proud to announce the engagement of their daughter, Jeannie Ennis, to Mr. Josh Birkenkamp.

Jeannie is the granddaughter of Jack and Myra Lill of Helena. She graduated from Montevallo High School in 2006 and attended Jefferson State.

Josh is the son of Norman and Carla Halbe of Litchfield, Ill. He is the grandson of Jean Curto, also of Litchfield. He graduated from Litchfield High School in 2007 and attended Rankin Technical. Josh is currently employed by the U.S. Army. 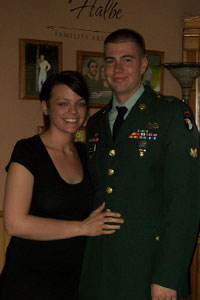 Dan and Helen Harrell of Montevallo celebrated their 60th wedding anniversary on Sunday, April 3, 2011. A reception was given... read more