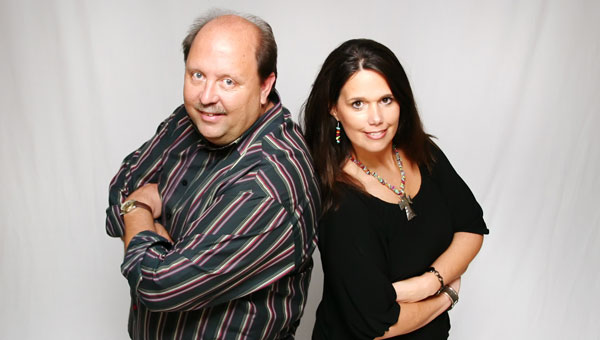 Three years ago, Greg and Wendy Davis walked away from a secure lifestyle in north Alabama to begin a church in Chelsea, which now conducts three services to accommodate the crowds. (Contributed)

“People thought I was an idiot, and there were times when I thought so, too,” said Chelsea Community Church Pastor Greg Davis. “That first year was the most difficult year of my life.”

Davis was talking about leaving a secure ministry, secure income and secure lifestyle to come to Chelsea and start a new church.

Being a person who likes to get things done, Davis had to learn how to wait for the Lord to work, he said. There were times during that first year when he didn’t know where the money would come from to support his family or the church, but somehow it would materialize just in time.

Today, three years after the Davis family moved to Chelsea, the church has around five hundred regular attendees. Davis has just quit his “day job,” to become full-time pastor.

“But this is not my story, and what I’ve done,” Davis said. “It’s God’s story about what He has done, and is still doing.”

The vision started with Davis’ teenaged daughter Haley, he said.

One day in November 2007, she said, “Dad, I think we ought do some kind of mission work all the time. We have this (student ministry) going so good that anybody can do it. We need to go do something else now.”

Pastor Greg and wife Wendy began praying about what God wanted them to do. The answer came very clear and detailed, he said, in plans for planting a new church.

Their research led them to Chelsea where they came in January 2008 to look around and pray.

The new church first met in the Intermediate School on March 30, 2008, with around 100 people attending, most of them from Daystar Church in Cullman, where Davis was student pastor.

They moved from the school to an office suite on Old Highway 280. By the time their one-year lease was up, they had outgrown this meeting place. God then worked out a merger with the floundering K-Springs Church of God, located at 4176 Hwy 39, in the heart of Chelsea.

The church meets at the new location and now has three Sunday morning services to accommodate the crowds.

“The Lord has worked in miraculous ways,” Davis said.

In the words of a popular praise song, and Isaiah 40:31, he learned that “Those who wait upon the Lord shall renew their strength. They shall mount up with wings as Eagle …”

See Chelsea Community Church or Greg Davis on Facebook or call him at 678-9565.