Community comes together to save ice

“The City Council meeting was unreal,” said Pelham High School broadcast student Jasmine Lee. “In the crowd outside of City Hall, people we didn’t even know made us go ahead of them. They asked if we were from the high school. In minutes, we were filming right beside the television stations!”

Hockey players and figure skaters came to ask that Pelham Civic Complex’s main ice arena not be replaced with a fire museum.

Pelham High School students were concerned about losing the city’s largest indoor venue. With a seating capacity of more than 3,000, the main arena has been the PHS graduation site since 1998.

While the practice rink has only a couple of small aluminum bleachers, the main arena is surrounded by seating. Seniors Cara Speegle, Hannah Carroll, Elsa Sims and Amber Thompson came to the meeting wearing graduation caps and gowns. Sims said, “I really want graduation to be in the Pelham Civic Complex. I was on the last PHS volleyball team to make it to the state tournament. The main arena is special to me thanks to that experience.” 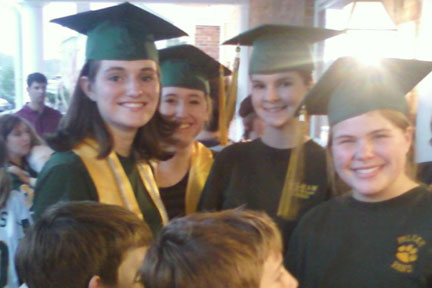 Carroll said, “The crowd pushing us to the front of the line at City Hall made me feel like we really were making an impact.”

These students were stunned to find themselves surrounded by supporters at City Hall. The crowd consisted of those who are committed to putting the needs of kids first. Figure skating and ice hockey are not the sports of the middle-aged. The main arena of Pelham Civic Complex is a place for kids.

Pelham’s youngest citizens find Santa here. The opportunity that all Pelham choral and band students have to perform at the tree lighting contributes to the impressive awards that our schools win every year in music competitions. Pelham kids work hard to give their best performances for their biggest fans.

Lee said, “A fifth- grader brought in a petition he sent around his school. As a high school journalist, attending the city council meeting is an experience I’ll never forget. I discovered that I live in a close-knit community full of people who care about students. We all came together and voiced our opinion. I’m proud that Pelham is my home.”