Many ways we can help 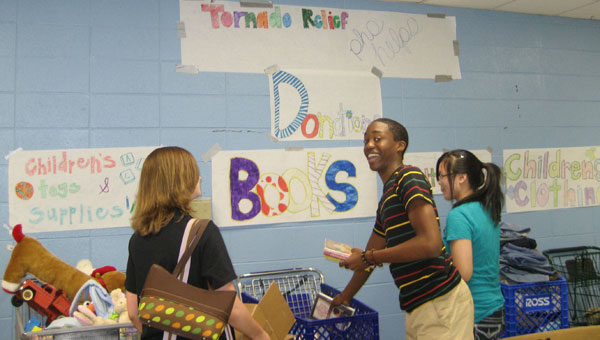 
Watching the footage of tornado destruction last week was devastating and thought-provoking. Twenty-one years ago, I was that person running down the street toward my childhood home praying that my parents were alive. I was one of those people on television with the garbage bag in my hand trying to decide what to salvage.

Although my parents lost their home in Pelham’s February of 1990 tornado, they survived that storm. I never expected to see a stronger storm than the one that leveled their home, but the effects of last week’s storms stunned me.

With a daughter at the University of Alabama, I am counting my blessings following this tornado as well. Thankful that the kids I know in Tuscaloosa survived with manageable injuries and property loss, I listened to their tales of disbelief and destruction. Mindful of the overwhelming losses in Tuscaloosa neighborhoods surrounding them, these college-age students, now labeled the Y generation, are not much for committee meetings or researching a plan of action. These kids have roared into action where action is needed.

PHS 2010 grad Kelsey Crumpton contacted theater teacher Jamie Stephenson over the weekend to ask her to encourage the PHS population to donate goods to the relief effort. Crumpton will transport some of our donations to Tuscaloosa. Our teachers and students have connections to tornado victims in Pratt City, Pleasant Grove and Walker County. Many students are motivated to pare down their own belongings to contribute to those in need.

PHS junior Geordan Saindon said, “My mother has used this bad weather as an excuse to clean out every closet in our house.”

PHS teacher Barbara Neel has a daughter in Tuscaloosa. Neel said, “The kids took fresh fruit and water around, and the people devoured the cold, fresh fruit.”

My daughter, Georgia, has begun a T-shirts for Tuscaloosa drive. Encouraging all of us to sort through our stack of rarely to never-worn T-shirts, she wants to provide shirts to those who walked away from the storm with only the shirts on their backs.

Donations in our auditorium lobby include clothing, shoes, nonperishable food, books, toys and diapers. We hope to send donations to all areas affected by the storm. If you have T-shirts for Tuscaloosa, please send them to Pelham High School.

Because we have endured our own storms, we must reach out to those who suffer now.