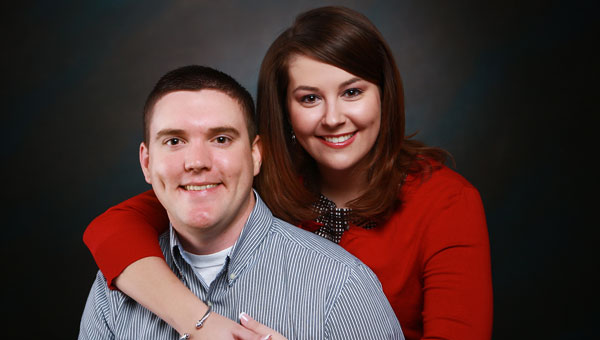 Ret. Lt. Col. Stephen and Bonnie Henderson of Enterprise and David and Donna Bradshaw of Calera announce the engagement of their children Amber Carter and Drew Bradshaw.

Amber is a 2006 graduate of Enterprise High School. She received her Bachelor of Science degree with a major in broadcast journalism from Troy University, class of 2010. She is currently employed as a producer at WTVY of Dothan.

Drew is the grandson of Charles and Betty Alverson, Monta Bradshaw and the late Billy Bradshaw, all of Calera. He is the great-grandson of the late Willie Mae Franklin, also of Calera.

Drew is a 2005 graduate of Calera High School. He received his bachelor of business administration from Troy University, class of 2009. He is currently employed with Campus Apartments where he is leasing and marketing manager for The Pointe at Troy in Troy.

A June 4, 2011 wedding is planned. The couple will reside in Enterprise.

Tully Weston, left, and teacher Allison Festavan put together a noisemaker during an Art Abilities class on May 5, while... read more