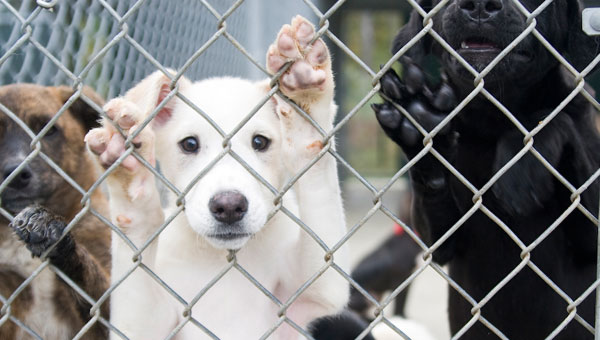 An Alabaster-based animal rights group is celebrating after it helped pass a pair of bills to do away with what the group’s chairperson called a “barbaric way of exterminating homeless animals.”

The Alabama Voters for Responsible Animal Legislation, which is based in Alabaster, helped introduce Senate Bill 172 and House Bill 147, which both ban the use of carbon monoxide gas chambers for the euthanasia of dogs and cats in the state’s animal control facilities.

The Alabama House of Representatives passed the bill by a 99-0 vote June 2, and the Senate bill passed unanimously on April 14. The bill is now awaiting signature by Alabama Gov. Robert Bentley.

If the bill is signed, animal shelters in the state will only be able to euthanize animals through lethal injection.

Introducing and working to pass the bills during this year’s legislative session was one of the group’s top priorities, said AVRAL Chairwoman Dr. Rhonda Parker, who lives in Alabaster.

“We are beyond thrilled,” Parker said, noting states such as Ohio and North Carolina have been attempting to pass the bill for years.

“It is quite wonderful to see it pass the first time we brought it up in the Legislature. Especially when you look at other states that have been trying to pass it for years.”

Parker said several Shelby County legislators were quick to support the bills, and followed the issue throughout the session.

The group named the bill “Beckham’s Bill,” after a young dog which narrowly escaped dying in a gas chamber in Cullman County.

“Beckham was a puppy in Cullman County who had been rescued by a group and placed in a foster home,” Parker said. “For reasons I don’t understand, the foster person took him back to the animal shelter without telling anyone with the rescue group.

“One day, a rescuer just happened to be dropping off food, and saw the dog sitting in the gas chamber. Luckily, they hadn’t turned the gas on yet,” Parker added. “The shelter staff was standing outside, so she just opened the chamber and pulled the dog out.”

After the incident, Beckham was adopted by a family in Maine, where he currently lives.

Though Parker said passing the bill was an “incredible victory,” she said AVRAL’s work is not yet complete.

“At the end of the day, it’s somewhat bittersweet because we haven’t saved one animal’s life. We’ve just stopped them from dying in the most barbaric fashion,” Parker said.

The group is now turning its focus to promoting spay and neuter programs, improving shelter reporting and accountability programs and dealing with other animal rights issues.

“Our ultimate goal would to be to keep the shelters from being overcrowded, so they wouldn’t have to euthanize animals,” Parker said.