James “Jamey” Thompson turned 15 years old on May 16. He celebrated by taking his driver’s permit test and passing, having dinner with his family and sister, enjoying a chocolate ice cream cake and then taking a trip to Six Flags with his youth group. He will be a sophomore at Valleydale Christian Academy in the fall and is active in his youth group at the Pelham Church of God. He plans on being an automobile mechanic and technician like his grandfathers. 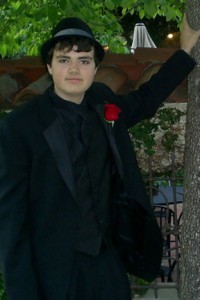 Francesca “Frankie” Thompson turned sweet 16 on April 25. She celebrated at O’Charley’s with her family and brother. She will... read more