Anthony F. Phelps, 61, of Knoxville, Md., passed away unexpectedly yet peacefully in his sleep on Thursday, June 23, 2011.

Tony graduated in mechanical engineering from the US Naval Academy in 1974. From 1974-1981, US Marine Corps Captain Phelps served as a pilot for CH-53 heavy helicopters, and then as a pilot reservist at Naval Air Station Dallas, Texas. 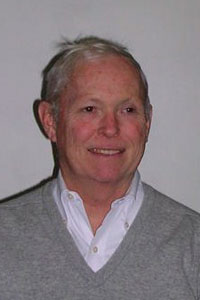 As Tony’s career progressed in corporate roles, Tony received an MBA in technical management from the University of Dallas in 1987.

At the time of his death, Tony worked at BAE Systems as a systems/mechanical engineer on strategic defense weapons systems, Rockville, Md.

A life-long fitness enthusiast, he enjoyed cycling and swimming, and was an active volunteer leader and mentor in Scout Leadership and FIRST Robotics Youth Competition.

Tony loved his God, his family and his country, and was a proud American patriot.

Later this summer there will be an interment ceremony for both Tony and his father, Commander Richardson Phelps, Jr., at the U.S. Naval Academy Columbarium in Annapolis, Md.

The Bast-Stauffer Funeral Home in Boonsboro has been entrusted with the arrangements and expressions of sympathy and additional information is available at BastStaufferFuneralHome.com.