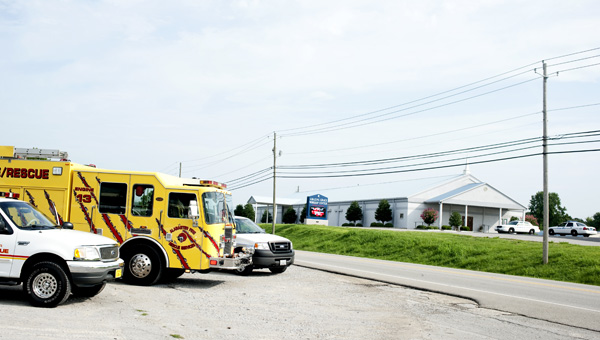 ALABASTER – Police and firefighters did not find any explosive devices or suspicious packages at Alabaster’s Amazing Grace Worship Center July 14, after someone called the church to report a bomb in the building. 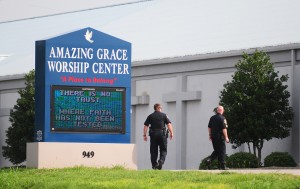 Alabaster Police Officers perform a walk-around of the Amazing Grace Worship Center shortly after a bomb threat was discovered on the morning of July 14. (Reporter Photo/Jon Goering)

An employee at the church notified authorities at about 8:40 a.m. July 14 after the employee received a voicemail earlier in the day claiming there was a bomb in the building, according to officers on the scene.

Shortly after arriving on the scene, authorities blocked both entrances to the church and set up a 300-yard perimeter around the church. U.S. 31 remained open to traffic during the incident.

The Amazing Grace Worship Center is regularly involved in several outreach ministries, including a monthly food ministry for those who are struggling with food costs, and the C.A.R.E. program, which helps elderly residents cope with the rising costs of living.

As of July 14, a call to the church’s office had not been returned.