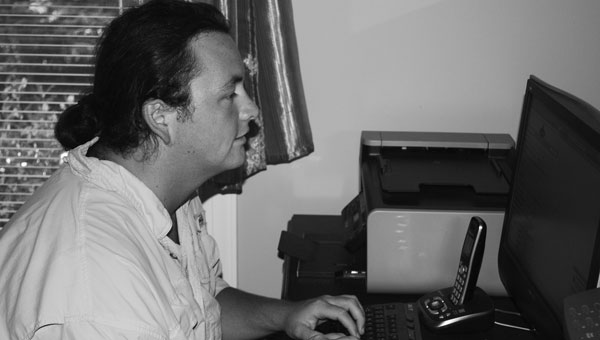 Brannon Sirmon graduated from Oak Mountain High School in Pelham in 2005, where he played football and was involved in various campus, community and church activities.

He enjoyed reading, but never seriously thought of himself as a future author of a book, much less a screenplay.

All that changed during his 2009 Christmas break from the University of Alabama, when he came home searching for a “good read.”  Not only did he find a good read, but he discovered a rare and prized family possession — his great-grandfather’s genuine World War I journal.

Instantly, he knew he had a great read and so much more.

Sirmon had been trying his hand at writing poetry and a screenplay, so he immediately realized the potential the historic WWI journal had to fulfill his desire for a good read and to be developed into a great screenplay.

Sirmon said he was filled with pride to read his great-grandfather’s journal and to know of his service and the sacrifices he made on behalf of our nation.

“It filled me with such great emotion, and it was so powerful that I felt everyone should have an opportunity to read it,” Sirmon said.

After pitching the idea of a screenplay to various people in Hollywood and New York, many showed interest, but told him the same thing – to get the book published first. Among those advising Sirmon was Mike Deluca, producer of such noteworthy films as “The Social Network” and “Seven”.

Deluca’s advice is what made Sirmon sit up, listen, pay attention and take action on getting the book published. That is just what he has done.

“That’s War” is a 167-page, self-published book by Xlibris that is scheduled to be released on July 20 at Thatswar.com in hardback, paperback and e-book formats. It includes 14 photographs of battlefields and people involved in the 82nd Division.

Starting in early August, more than 2,500 distributors will be selling the book. Among them are Barnes and Noble, Amazon.com and Xlibris.com, just to name a few.

The book chronicles daily descriptions of the activities of William Arthur Sirmon, a captain in the Army. The book reads like a genuine journal because it is a genuine journal. It is the real deal.

Sirmon is proud of his grandfather’s service to our country and the brave, courageous and dedicated efforts he gave to the cause. You have to read between the lines to know just how much Captain Sirmon contributed because with his brave and courageous duty also came his humility.

I have been fortunate enough to be among the first to review the book, and it is worth the read. It is historic and gives an inside look into the war from one who was there not just in the pages of a book, but in the pages of our nation’s history.

Visit Thatswar.com today for more details and to order your copy of the book.