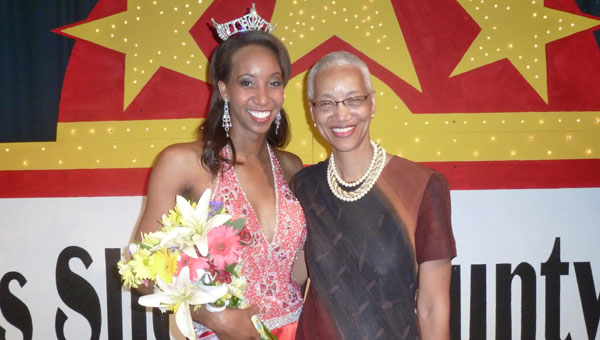 As Sydnii Todd performed her contemporary dance to the music of Patty Griffin’s “Up to the Mountain” at Shelby County High School, the audience immediately realized that they were watching something special.

The dance, dedicated to the memory of Dr. Martin Luther King, Jr. was simply magical. Todd was dancing from her heart on the way to being crowned Miss Shelby County 2012.

Todd began dancing at age 2 at Birmingham Dance Theater, competing at age 7 and was taught at BDT through high school.

“I loved being at the studio rehearsing for hours because all my friends were there,” said Todd. “As a little kid, I thought it was cool to be in every dance possible.”

Todd attended Advent Day School, Berry Middle and graduated from Spain Park High School, where she was captain of the varsity dance team for two years and a Jefferson County Teen Volunteer at Family Court. A senior at Troy University, Todd was granted one of the first two theater and dance scholarships.

She trains with the Troy Repertory Dance Ensemble and is a broadcast journalism major. As a Trojan All-star, she is an ambassador for the football department and helps in recruitment. Her career goal is to be a sportscaster.

Her mother, Shearrod Todd, has had the most impact on her life.

“She has taught me to be creative with the resources given to me; push through adversity; and to make friends, networks and acquaintances wherever I go,” said Sydnii.

Todd has talent, beauty and is extremely articulate. She began competing in pageants to earn scholarships to help pay her college expenses.

She won the title of Jefferson County’s Junior Miss in her first pageant in 2008.