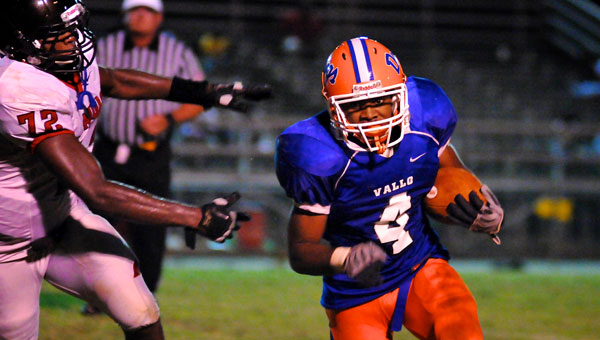 Senior running back Garrius Chappell led the Bulldogs (0-2 overall, 0-2 in Class 3A, Region 4) with 83 rushing yards on 22 carries.

Junior running back Eugene Rodgers rushed for 72 yards and a touchdown on 21 carries.

Burr gave the Bulldogs an early 6-0 lead following his 1-yard touchdown run with 11:13 remaining in the first half. The extra point attempt by kicker Brett Gray was blocked.

Greensboro scored 32 unanswered points before Rodgers capped the scoring for the Bulldogs with his 3-yard touchdown run with 2:37 left in the game. Gray added the extra point to cut the lead to 32-7 before Greensboro added a late touchdown.

Jon Wilson of Chelsea recovers an onside kick in the Hornets' 35-13 win over Sylacauga in their Class 5A, Region... read more