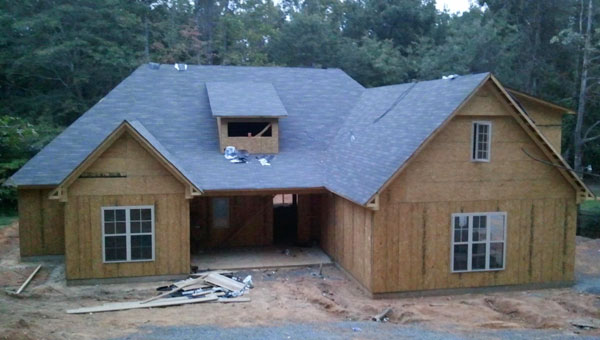 The Josh Effect, which is working to build a new home for THS graduate Josh Carden, recently teamed up with the international Surgance firm. (Contributed/Jeff Brooks)

A group of volunteers working to build a house for a Thompson High School graduate who lost his grandfather last year could see many benefits after they teamed up with an international community service organization, said the group’s director.

Program organizers, who previously named the project The Josh Carden Project, changed the program’s name to the Josh Effect after they received support from the Surgance organization.

Surgance helps to organize and support community service projects across the world, and could help the Josh Effect in many ways, said Josh Effect Director Jeff Brooks.

In December 2010, Carden’s grandfather was struck and killed by a car while crossing Fulton Springs Road in Alabaster to help Josh Carden, who has cerebral palsy, off a school bus.

After the accident, students at THS and volunteers throughout the community discovered Carden was living in a deteriorating house in an industrial area of the city, and began working to build Carden and his grandmother a new house on a quiet plot off Washington Lane.

Although the group completed constructing the frame of the new house in early August, the volunteers recently hit difficulties when some individuals and companies were not able to follow through on their pledges of labor and materials, Brooks said.

Because the group is looking for monetary donations to “fill in the holes” from the labor and material shortage, the partnership with Surgance will help the group significantly, Brooks said.

“We believe this partnership is something that is meant to be,” Brooks said. “This gives us a level of validity. Now, we aren’t just a group of folks trying to do something, we are part of a solid organization.”

Brooks said the partnership will allow project supporters to make tax-deductible donations to the Josh Effect at Surgance.com. To make a donation, visit the website and click the “Donate time or resources” link at the bottom of the story “The ‘Josh Effect’ joins forces with Surgance” story.

“That will allow us to focus solely on getting this house built,” Brooks said, noting the group is looking to complete the house by early December 2011.

Because students at THS raised more than $12,000 for the project in a few days shortly after Carden’s grandfather died, Surgance has also selected the school to take part in the organization’s “Building Confident Communicators” program.

Through the program, Surgance works to bring award-winning reporters to the school to help improve students’ oral communication skills.

“Thompson High School will be the bar that is set for all the schools in our area,” Brook said. “These kids picked one of their own classmates and really lifted him up and supported him.”