COLUMBIANA – State prosecutors have offered a plea deal to the alleged ringleader of the brutal killings of five men at a North Shelby apartment complex.

Christopher Scott Jones, who faces the death penalty if convicted for the August 2008 murders, has until Sept. 28 to accept the deal, Shelby County District Attorney Robby Owens said during a Sept. 22 status conference on the case.

Jones’ trial is scheduled for Oct. 31. 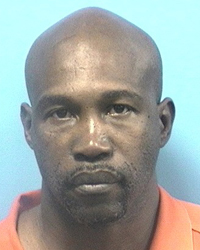 Owens would not discuss the details of the plea offer after the hearing, but said it was extended “in an effort to be fair” to all six defendants in the case.

Two defendants, Alejandros and Juan Castaneda, have already accepted plea deals. The brothers pleaded guilty to two counts of intentional murder in exchange for two consecutive life sentences with the possibility of parole. Both faced the death penalty had their cases gone to trial.

As part of their agreements, both men are “available” to testify at Jones’ trial, Owens said.

The state has offered plea agreements to the three additional defendants.

The defense is trying to get Jones’ trial moved outside of Shelby County. John C. Robbins, who filed a motion for venue change on behalf of Jones, said his client couldn’t get a fair trial because of excessive media coverage about the case.

“There have been numerous articles relating to this trial implicating the guilt of (Jones) to the community as a whole,” the motion states. “These articles have inflamed the community such that it would be impossible for (Jones) to receive a fair trail in (Shelby County).”

The motion was discussed in the status hearing before Circuit Judge Dan Reeves.

Robbins said the defense “wanted to get (the motion) filed so the court knows we anticipate arguing that” during jury selection.

“I don’t anticipate venue being an issue,” Owens said.

Previous capital cases in Shelby County have received more media coverage than Jones’ case, Owens said, adding he has “never had a problem seating a jury” in those cases.

Owens has previously said Jones was the ringleader in the murder-for-hire killings over $450,000 of missing drug money.