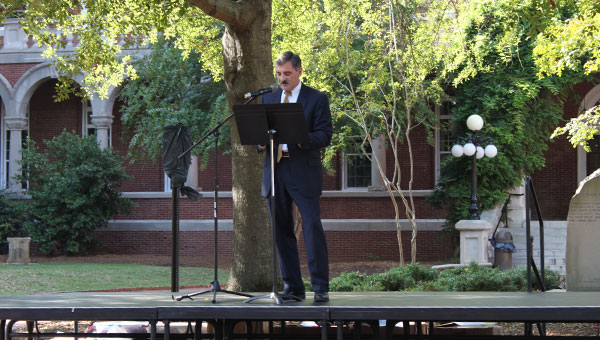 MONTEVALLO – The University of Montevallo unveiled a new look during The Main Event launch celebration on Sept. 21

UM’s quad was full of midway-style games and food, along with a sea of students, university trustees, the majority of the Shelby County legislative delegation, faculty and staff and community members.

Mayor of Montgomery and Chairman of UM’s Board of Trustees Todd Strange announced it was time to “have a party.”

“We need to teach the president about Montevallo spirit,” said Strange, an alum of the university.

“This is the best-kept secret in Alabama, and on 9-21-11, today, that bushel gets lifted off the candle,” Strange said. “This is a university that keeps its tradition, a university that values quality education.”

“We plan to set the bar so high we’re in a league of our own,” she said.

More than 30 logos were produced to represent the university, but only one was chosen to tell Montevallo’s story. The new logo portrays a capital M with a falcon, the school’s mascot, perched on top. 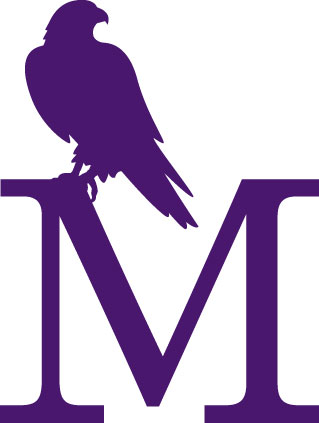 “It was one of those in-your-face moments. Montevallo deserves better,” Johnston said. “We want to capture the essence of Montevallo’s story. We’re not a new Montevallo, we just need to brand the existing Montevallo.”

Johnston said the Alabama’s only public liberal-arts university deserves a logo that is “as imaginative, creative and unique as the institution itself.”

“We’ve long been known as the best-kept secret of Alabama. Today, that all changes,” she said.

President Dr. John Stewart said the university is at a “crossroads.”

“The new logo and look is just the beginning,” he said. “We needed a brand to represent the maturity of your choice for coming here, something that represents the unique Montevallo family.

“Welcome to unconventional wisdom,” he added. “Welcome to the new Montevallo.”