The Alabama Court of Criminal Appeals has ordered a new trial for a former Vincent pastor serving a life sentence for killing his wife.

A Shelby County jury convicted Timothy Dale Tillman of murder for the Oct. 26, 2005 shooting death of his wife. The jury also convicted Tillman of one count of possession of a forged instrument. He was sentenced Dec. 14, 2009.

The appeals court ordered the new trial in a 3-2 ruling Sept. 30. 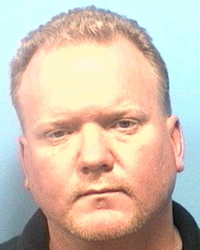 Tillman’s conviction was appealed by the Equal Justice Initiative, which argued that the murder charge and forgery charge should not have been consolidated.

“The two charges were not related and evidence about the forgery made the jury more likely to wrongly convict Mr. Tillman of murder despite the lack of evidence that he intentionally, rather than accidentally, fired the shot that killed his wife,” stated an EJI press release.

Tillman was the pastor at Revival Church in Vincent.

Miller said the state’s attorney general would appeal the Sept. 30 decision to the state’s supreme court, and that “we absolutely support him doing it.”

Added Hepburn: “If we have to retry, we’re certainly ready to do that.”