Danny and Jo Goggins and the late Judy Goggins of Alabaster announce the engagement of their son, Gary Daniel Goggins, to Tara Nicole Golden, daughter of Joseph and Brenda Golden of Baileyton.

The bride-elect is the granddaughter of the late Grady L. and Reba Brooks of Baileyton, and the late James A. and Irene Golden of Gold Ridge.

Tara is a 2003 graduate of Fairview High School and a 2007 graduate of the University of South Alabama, where she earned a Bachelor of Science degree in meteorology. She is currently employed with the National Weather Service in Calera. 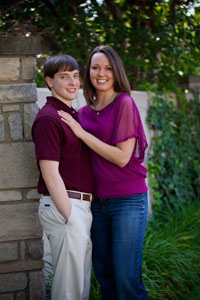 The prospective groom is the grandson of Eleanor A. Goggins and the late Monroe D. Goggins of Alabaster, and the late Hugh H. and Virginia House of Homewood.

Gary is a 2003 graduate of Calera High School and a 2007 graduate of Mississippi State University, where he received a Bachelor of Science degree in meteorology. He also received a Master of Science degree in geosciences from Mississippi State University in 2009. Gary is presently employed with the National Weather Service in Calera.

By DR. FRED SELF / Veterinarian Our pets tend to put on weight during the winter. From a survival point... read more