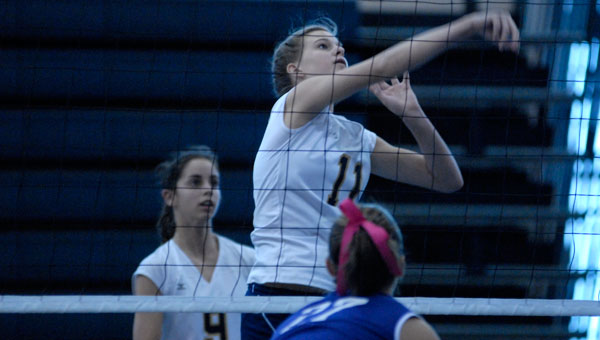 Nasworthy led the Lions with 11 kills and 13 digs in the victory.
Light and Palmer posted eight kills each. Chambers finished with four kills. Freshman Kelly Bemis and Muir-Taylor, who had two digs and two blocks, finished with three kills each.

The Lions will host Spanish Fort in an AHSAA Class 5A sub-state match Oct. 20.

Chelsea High School ended its season with a loss to Central-Tuscaloosa in the region tournament quarterfinals.