HELENA – A Helena man has confessed to a burglary there, as well as several in Pelham, Helena police announced Monday afternoon.

Daniel Stephen Luck, 26, was arrested and charged with second-degree burglary and booked into the Shelby County Jail on a bond of $30,000. 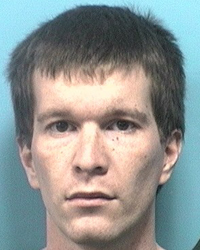 “This case would have been much harder to solve had it not been for our evidence technician’s attention to detail,” Carter wrote. “A small amount of blood evidence, collected at the scene, made the difference in the case. The Alabama Department of Forensic Science collected DNA, from the blood sample, which positively matched our suspect.”

Luck confessed when confronted with the DNA evidence, Carter wrote.