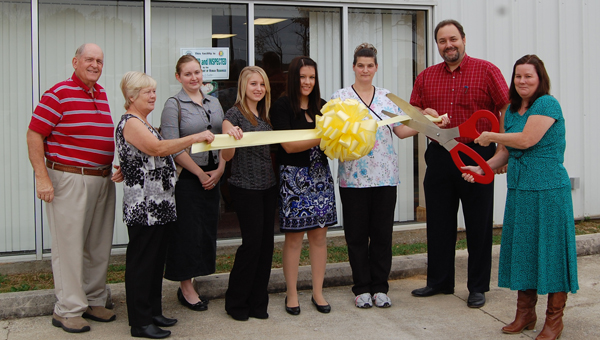 COLUMBIANA – Going to college as a returning adult learner had its challenges, but through it all Gala Beaty said she always kept her eyes on the ultimate goal: opening a daycare center of her own.

“That’s been my dream since college,” Beaty said Nov. 9 during a ribbon-cutting ceremony and grand opening reception at Baby Steps Child Development Center, her new business.

“I’m very anxious, excited and enthusiastic,” Beaty said. “I can’t wait to get the kids in here and get them ready for kindergarten. That’s what I’m here for.”

Several children have already enrolled. To celebrate the opening, Beaty is running a special: $100 a week per child with no enrollment fee. Space is limited.

Beaty graduated from Shelby County High School in 1985 and was a substitute teacher for 15 years in the Shelby County Schools system.

After graduating from the University of Montevallo in 2005 with a degree in child development, she worked at Head Start, Bright Horizons in Pelham and St. Peters Catholic Church in Hoover.

She rented the building in September and received her operating license Oct. 6. She said her goal is to provide quality education to young children in a nurturing environment.

“When they go over to Elvin Hill Elementary, or whatever school they go to, I would like for people to say, ‘gosh, look how much this child has learned,’” Beaty said. “They’ll know their ABCs and how to write their names and numbers. They will have learned a lot from Baby Steps Child Development Center.”