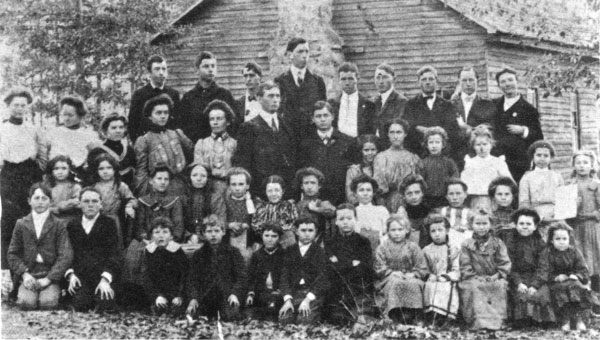 Several years ago, I was privileged to meet and write about many early Shelby County citizens who are now deceased.

Many of their stories were preserved in the Shelby County Reporter, a book of local history and other publications, on cassette tape in their own voices, and in dramas.

Some of these stories include Christmas memories from the late 1800s and early 1900s.

I thought it might be good to pause for a few minutes after all the holiday noise and activity and let these stories take us back to a simpler time without the sound of electronic toys and games.

Come with me to the old K-Springs church/school house on a Christmas Eve night 110 years ago, where 8-year-old Clifton Kendrick sits tense with excitement as gifts are handed out from a ceiling-high Christmas tree.

He had been wanting an air rifle really bad, Kendrick told me many years later, and he could see one way up toward the top of that big tree. Might it possibly be his? When it was lifted down, “sure enough,” it had his name on it!

He spent the next day outside in the rain shooting at snow birds in the briar patches, he said.

Kendrick told another story which took place around 1910. He and Tom Niven attended a Christmas square dance at the large Mayhem family log home up near the Narrows.

“Around 20 couples were dancing and a little girl named Tera Lacey, from up in Cahaba Valley, grabbed my hand and pulled me into the ring,” he said. Some 60 years later, he still smiled at the memory.

The late Eunice Minor (nee Kendrick) said back in the early 1900s, she and her friends thought Christmas wasn’t complete without a candy-pulling. “A gang of us young people would get together at somebody’s home and cook up a big pan of sorghum until it would rope and string, then we would pour it up to cool a little, then choose partners and go to pulling.”

They also went serenading piled in a hay-filled wagon hitched to two horses, she said. “Just anything to have fun.”

Come to think of it, people probably aren’t a lot different today. Only the activities have changed. Reports show that a lot of people put down their electronic gadgets this Christmas season, to get together with family and friends.