What was your favorite gift ever? 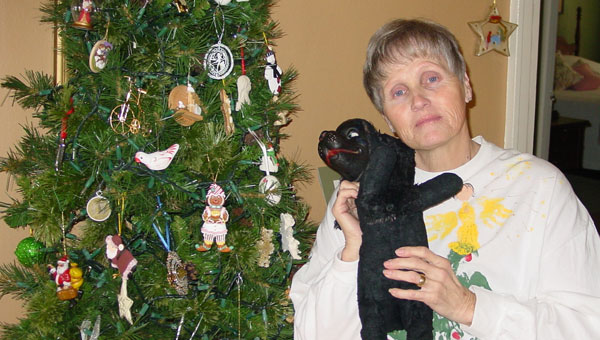 Reminiscing about past Christmases and special gifts is a meaningful part of our celebration. This week I overheard a few of those stories from Montevallo folks.

A Cushman Eagle scooter when he was 13 was probably the best present Herschel Hale ever got, although he doesn’t remember a gift he didn’t like. He rode that scooter for a year before he could get a license, and he loved every minute of it.

Jo Dawson still has “Susie,” her favorite gift from the first Christmas she can remember. The soft black Cocker Spaniel, with a rubber nose and a red tongue, has no stuffing left in his neck where Jo carried him everywhere she went.

A Red Rider wagon was the best of Santa’s toys for Mayor Ben McCrory. He asked, and Santa forgot his request one year, so Ben just gave up on it, but the next year, there it was under the tree; a wonderful surprise.

Kelley Wacker remembered the sad scraggly tree her father insisted on after they had climbed to the top of a Colorado mountain looking for just the right one. She said her father must have thought that taking out that tree might help the gene pool. The gifts under that poor tree were just right, though; kitchen utensils for her first college apartment.

A sad story was Ann Cheney’s, who remembered that her best present ever was a baby doll that would cry when you turned her over and patted her on the back. “I loved that doll,” she said, “and took good care of it until my little sister slammed a trunk lid down on her, and chopped off her head.”

A red wagon was also the favorite gift ever received by Pastor Brian Wyatt. “My brother and I got the wagon one Christmas,” he said, “and we had the best time; I’d pull him a while and then he’d pull me, up and down the hills. We hauled dirt and rocks in it, and all that summer we had a wonderful time.

A funny story came from Amy Fager as she told about the year she had asked for a special movie and found it under the tree on Christmas morning. Her mother had no idea that it was R-rated and she suggested that they watch it as they drank hot cocoa. During the entire movie her mother said not a word, but when the movie was over, she pressed “eject” and Amy never saw that video again.

Endearing, funny, sad stories, they all say much about our love for each other and for Christmas.