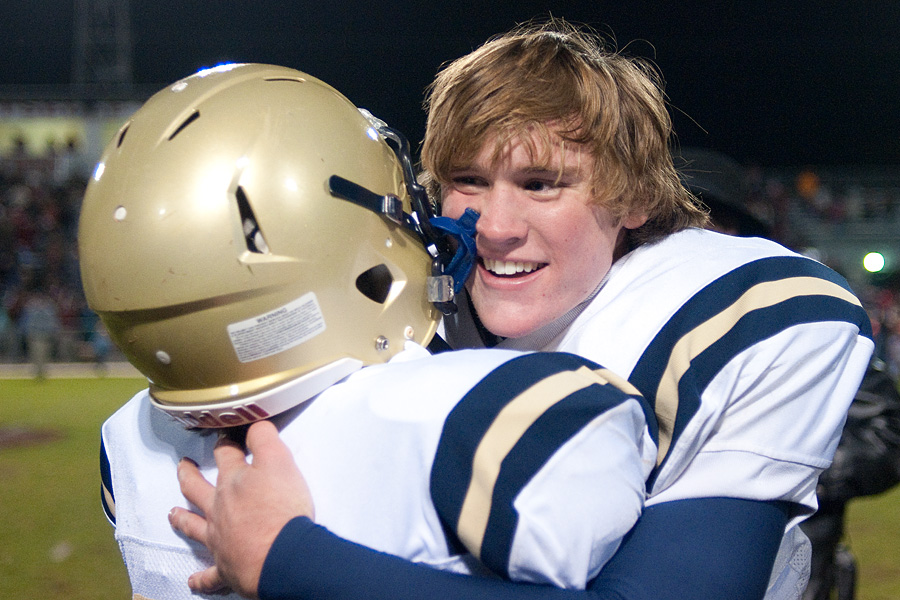 Former Briarwood Christian School kicker Wilson Whorton is one of three former Lions on the National Championship team at the University of Alabama. (Reporter Photo/Jon Goering)

Briarwood Christian School football coach Fred Yancey tuned in for the Bowl Championship Series championship game Jan. 9 between the University of Alabama and LSU like many other Shelby County residents.

Yancey had a special interest in the game, with three of his former players among the Crimson Tide’s 105-man roster.

Former Briarwood Christian standouts Caleb Castille, Nate Carlson and Wilson Whorton made the trip to New Orleans and supported their teammates from the sideline in Alabama’s 21-0 shutout victory over the Tigers at the Superdome.

Yancey said he was proud to see his former players wearing crimson and white jerseys while helping Alabama win its 14th National Championship in school history.

“It’s always a point of pride when our boys go and fit in at a special place like Alabama,” Yancey said.

Castille, the son of former Crimson Tide All-American Jeremiah Castille, just completed his second season as a walk-on at Alabama after graduating from Briarwood Christian in May 2010.

Castille, a 5-foot-11, 170-pound defensive back, redshirted as a freshman in 2010 and didn’t see any playing time this season while working as a member of the scout team.

Carlson began his career at the Air Force Academy following graduation from Briarwood Christian in May 2007. Carlson redshirted as a freshman and didn’t see any playing time during the 2008 season in Colorado Springs, Colo., before transferring to Alabama.

Carlson, who just completed his junior season, has spent the past two years on the Crimson Tide scout team.

Whorton decided to walk-on to the Alabama squad last fall as a true freshman after graduating from Briarwood Christian in May 2011.

Whorton, who a 5-foot-11, 170-pound special teams player who played a dual role as a kicker and a punter for the Lions, served as a backup punter for the Crimson Tide this season.

Yancey said his three former players put in plenty of time and effort on the practice field in Tuscaloosa this fall and deserved to be on the field celebrating in New Orleans.

“They’ve been working hard,” Yancey said. “I’m sure they enjoyed being part of a National Championship team.”