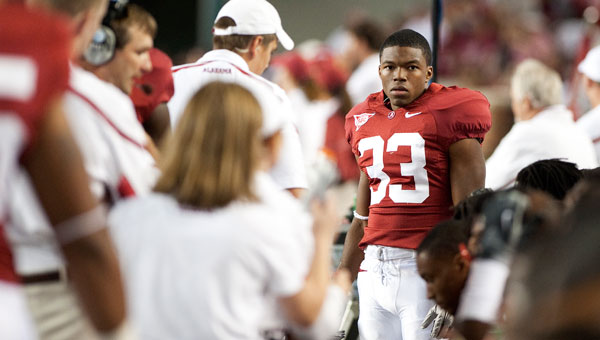 Castille, a 5-foot-11, 170-pound defensive back, could have accepted an athletic scholarship at a smaller school and seen playing time immediately. His future could have included the possibility of being named all-conference or Player of the Year.

In the end, Castille decided to follow in his family’s footsteps and become the fourth member of his family to suit up for the University of Alabama football team.

Caleb, a walk-on redshirt freshman in Tuscaloosa, is the fourth child in the Castille family to attend Alabama, including his older brothers Tim and Simeon, who played at Alabama in the past decade.

“(Caleb) could have gone to other schools on scholarship,” Jeremiah said. “I feel very blessed that the Lord blessed my children with athletic ability to play at the same school I played at. The championship let me know he made the right decision.”

Jeremiah said he believes his youngest son will cherish the time he spent this season as a scout team member for the National Champions more than he would at any other school.

“Those are memories that he will have that both of us will be able to talk about for the rest of our lives as a father and son,” Jeremiah said.

Jeremiah’s son played a vastly different role than he did on a National Championship team. While Jeremiah stood out as a star defensive back during his playing days at the Capstone before embarking on a career in the National Football League, Caleb spent the season helping his teammates prepare for the big games as a member of the scout team.

“(McCarron) thanked the scout team guys for the picture they painted,” Jeremiah said. “Playing cornerback, (Caleb) gave the offense a really good picture of what it was going to be like. You have to have the right attitude.”

Jeremiah, who spent time as an assistant coach at Briarwood Christian School when his sons suited up for the Lions, said Saban and his staff on the athletic department’s leadership development program have been a great influence on his son.

“We felt like leadership was very important,” Jeremiah said. “A lot of qualities about Coach Saban remind me of Coach Bryant — discipline, accountability, work ethic, drive and having a vision for being a champion on and off the field. Those things weighed heavily for us and are the best situation for Caleb as a player and a student-athlete.”