David and Jody Gothard of Montevallo are proud to announce the engagement of their daughter, Sarah, to John Robinson, son of Johnny and Laurie Robinson of Jemison.

The bride-elect is the granddaughter of Bert and Shirley Pearce of Mobile and Lindy Gothard and the late Odett Gothard of Jemison. She graduated from Montevallo High School in 2006, and then graduated from Troy University with a bachelor’s degree in elementary education. 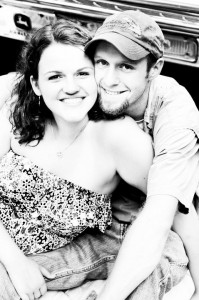 The future groom is the grandson of Julian Cosper and the late Elizabeth Cosper of Gulf Breeze, Fla. and the late Lincoln Robinson and Doris Robinson of Jemison. He graduated from Jemison High School in 2003, and then graduated from Auburn University with a bachelor’s degree in forestry. He currently is employed by EDKO.