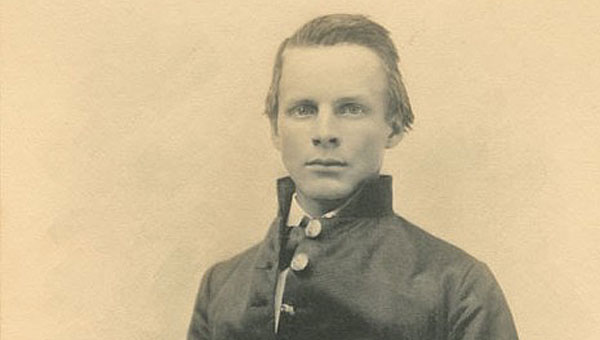 Confederate Army officer John Pelham gave the city of Pelham its name after historians said he helped set up a troop camp near Peavine Creek. (Contributed)

Long before the city of Pelham was incorporated in 1964, a Confederate Army artillery officer forever linked his name with the area by likely making an overnight stop with his troops, according to the president of the Shelby County Historical Society.

Confederate Army Maj. John Pelham helped to set up a troop camp near Peavine Creek, which runs behind what is now the Tyler Navarre’s Bar and Grill off Shelby County 52, and likely camped there overnight during the war, said Shelby County Historical Society President Bobby Joe Seales.

“A long time ago, I did an interview with a lady named Mrs. (Lula McClinton Smith) Davis, and she told me her daddy told her John Pelham had camped at the bend of Peavine Creek,” Seales said. “I’ve heard the same thing from several other people too, so it’s accurate as far as I can tell.”

When John Pelham made his stop in what is now Pelham, the area was known as Shelbyville, and had served as the county seat from 1818 until the county seat was moved to Columbiana in 1826.

Seales said “nobody knows” when the city’s name changed from Shelbyville to Pelham, but said John Pelham’s visit likely led to the change.

Seales said Pelham began showing up on maps shortly after John Pelham was killed during a battle in Virginia in 1863. Today, Pelham’s City Hall features several paintings of John Pelham.

The Pelham of the late 1800s – and even much of the 1900s – was dramatically different than it is today, Seales said. Before the four-lane U.S. 31 was constructed, Pelham’s main corridor was what is now Lee Street, Seales said.

“That was the heart of Pelham. The post office was where Mr. Bugg’s Pest Control is now,” Seales said, noting post office officials would hang mailbags for trains to pick up on the nearby track.

Both Pelham and Keystone had large quarries – one behind what is currently Stacks Furniture Outlet and another behind the Alabama Power building on Lee Street – which served as the area’s major industries, Seales said.

“It was a different world back then,” Seales said.