A lesson learned is shirt design

I serve in many roles at my school, and I’d like to think I offer a bit of expertise to each one. For example, I’m the technology coordinator because I have the magic touch that heals computers.

I also have the patience to write the annual 30-page technology report — a skill probably more valued than the one I made up.

While I wear many hats at least as well as my kids wear their stylish, flat-brimmed kind on Hat Days, there’s at least one role I play that I admit is only a selfish indulgence. Every January, I play the role of graphic artist.

Armed with the boldness that only the ignorant can know, I yearly design the Scholar’s Bowl T-shirts the teams at CMS will wear at tournaments. I was given the power of calling the shots on the shirts years ago, and I will relinquish the power about the same time Iran voluntarily gives up its nuclear program.

I began this year’s design a year back, tossing and turning late into the night, thinking of clever sayings that could serve as a slogan.

One year, the design was “Think Hard, Answer Fast.” Another year, it was “EcoScholar: Saving the Endangered Mind.” This year, I proudly combined two of my favorite things, Scholar’s Bowl and the TV show “Friday Night Lights,” and chose “Full Mind, Quick Trigger, Can’t Lose.”

My overconfidence in my wit got me in trouble once I discovered that everyone doesn’t know that in Scholar’s Bowl the answers are triggered in on button-response pads. After sending in my design, the first question the shirt company wanted to know was “So you want a gun on the back of the shirt next to ‘Trigger’?”

Yes, I’d faithfully served Columbiana for 10 years and a simple “Yes” would’ve made my legacy “the crazy guy that was fired after he put a gun on a public school shirt for an academic competition.”

Of course, the shirt was redesigned, and it was back to the drawing board. Lesson learned.

Jason Mayfield is a gifted instructor at Columbiana Middle School.

More Down The Hall 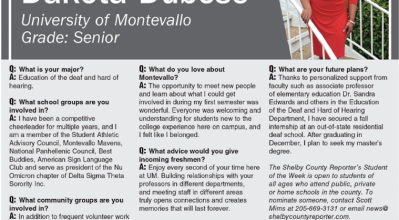 Get to know Student of the Week Dakota Dubose 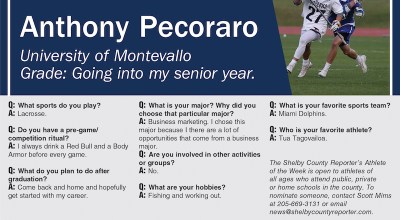 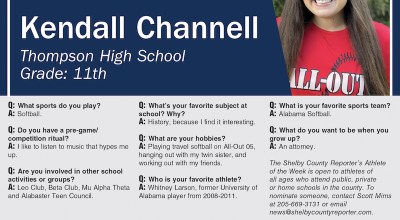 Get to know Athlete of the Week Kendall Channell 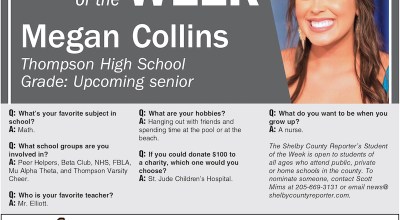 Get to know Student of the Week Megan Collins

What’s missing from the plot summary